Breaking the Chains of Human Trafficking 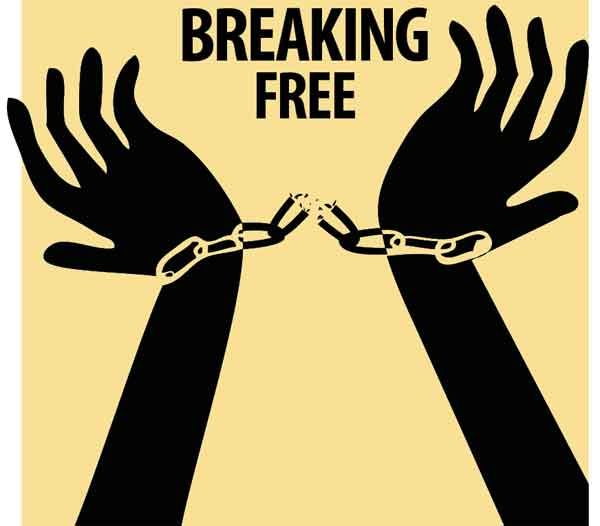 It’s a global industry valued at over 150 billion dollars, with over 25 million people in itsworkforce.  It is an industry built upon greed, manipulation and exploitation. This industry is human trafficking, an ever-growing enterprise, which often happens in plain sight. One segment of trafficking involves indentured servitude, and exploitative labor practices which proliferate hospitality services, agriculture, construction, domestic services, warehousing and countless other businesses.

Another aspect of trafficking involves the sex trade. In my home state of Massachusetts, there are at least 240 ‘massage parlors’ housed in suburban strip malls, urban storefronts and rural homes. Most of the clients are men. Appointments often last fewer than 20 minutes, and the ‘practitioners’ are frequently 13 or 14 years old.

In 2015, William James College in Newton, Massachusetts in partnership with RIA House, a non-profit that provides services for victims and survivors of sexual exploitation, found that over a three-month period, at least 51 thousand transactions resulted in ‘sales’ of over 7.7 million dollars. In three months. To put this in context, the distance between Boston and Worcester is 47 miles.

January is National Slavery and Human Trafficking Prevention Month. This past week, I discussed human trafficking, it’s causes, effects in addition to how we can help and remove some of the stigma survivors face with Stacy Reed. Stacy supervises the Peer Mentorship program at RIA House and is an international speaker and advocate for victims and survivors.

Despite what many of us think, victims are often forced into prostitution by someone they know: usually a family member or friend. Reed, a self-proclaimed ‘woman in recovery,’ had her first sexual experience at six years old, when a relative molested her. She was coerced into the sex trade by her boyfriend when she was 14 years old.  What followed this introduction to the sex trade was years of abuse, betrayal, violence, imprisonment, drug addiction and fear. She tells her story in her memoir StacysJoy: A Woman Moving Forward, An Autobiography.  You can hear our conversation on my podcast, Embark. Her book is available on Amazon.

Massachusetts Attorney General, Maura Healy said. “Human trafficking knows no barriers,” It’s in suburban, rural, and urban communities, and affects people of all walks of life. To that end, she establish the first human trafficking summit in January, 2020 to “combat this crime, build strong connections and discuss new approaches to this important work.”

As we discovered through the conviction and arrest of the late Jeffrey Epstein, there is no particular ‘face’ of human trafficking. What we do know is that its victims include the most vulnerable among us:

-Runaway youth, especially those who identify as day, lesbian, bisexual and transgender (GLBT)

-The poor, homeless and those suffering food insecurity

-And increasingly, migrants and refugees

In 2017, The American Psychological Association’s (APA) Committee for Women in Psychology (2017) released the Resolution on Human Trafficking in the United States, Especially of Women and Girls, an example of the organization’s continued progress to raise awareness of a topic that is still often misunderstood and overlooked. The APA asks governments and philanthropic organizations to fund research to address  information gaps related to human trafficking. Calls to action include training professionals to find out about industries where victims of human trafficking are commonly found, and impact of societal biases on providing services to victims and survivors. Find out how you can help, and remove the stigma of sexual exploitation perpetrated on victims.

Here are some resources to find our more:

Office for Victims of Crime