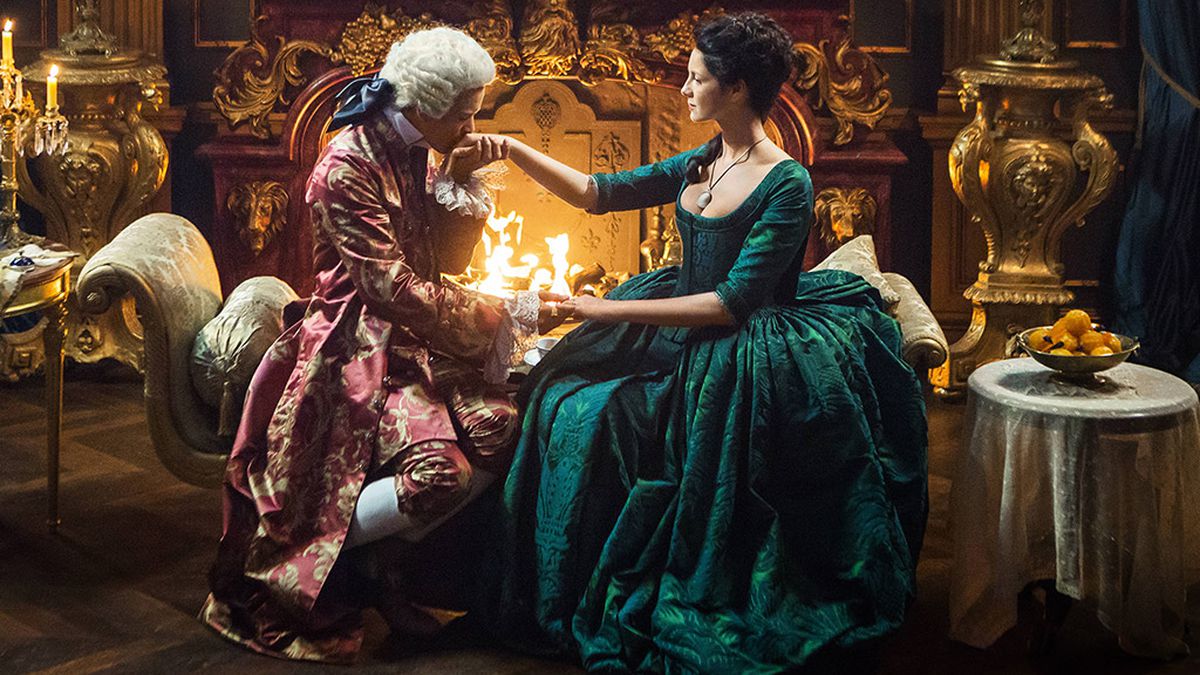 Marian Montalbano, opera singer, business coach and writer whose voice appears on not one, not two, but three Grammy Award-winning albums. When her one-woman show got sidelined during Covid-19, Maren created a podcast based on the show called the Bodice Ripper Project. The podcast of the same name is an exploration of sexuality, feminism and the journey to self-empowerment. through the lens of romance novels. Maren has sung at Carnegie Hall, Walt Disney Concert Hall in LA, multiple theaters in Europe and even performed on stage with the Rolling Stones. Here’s an excerpt of our conversation, previously recorded on my Embark podcast.

ES:Okay, before we go any further, you have to tell us about singing with the Stones. How did that happen?

MM:Yeah, yeah, I was on stage with them twice. Actually, it was, it was the same show, you know, it was like Thursday and Saturday or something like that. But um, I sing with a new music choir called The Crossing here in Philadelphia. And we were asked to be a part of the Stones’ show when they came to Philadelphia. It was amazing. Looking at me, you know, my face was up on a big huge jumbotron.

ES: Why opera? What made you turn to opera?

MM: Both my parents are musicians. And my mom is a violinist and… And my dad is a jazz trumpet player. So a classical musician on one hand and a jazz musician on the other and, and I think the classical side kind of won a little bit. When I was seven years old. I joined the San Francisco girls chorus. So I got to be in all sorts of operas at a very, very young age. I got a solo, when I was about 10 years old, know, and I got billing in the program with my name and little asterisk next to it saying San Francisco Opera debut. And I just got hooked.

MM: The first thing is that it’s difficult, like, I’m not going to understand it, you know, if you go see an opera, chances are, you will understand what’s going on. Because there’s very, it’s actually, most of the plots are very, very small, like, simple. … Most people think opera is just this big woman with horns singing…the typical Wagner… we’re normal people just like you.

ES: What are your favorite operas?

MM: It’s like asking me to choose a child. Okay, favorite opera of all time is The Marriage of Figaro. And I know that that some people who know me might be like, well, that’s such a safe choice. It’s Mozart. Everybody knows Mozart, whatever. No, I’ll tell you. It’s First of all, from beginning to end, the story is complex. It’s funny. It’s a tongue-in-cheek, it’s farce. It pokes fun at the at the man. And the music is incredibly beautiful. It’s, I would say, probably Mozart’s best work.

ES: What other genres we know that you have sung some rock because you sing with the Stones? What other types of music do you like to sing?

MM: I’m mostly saying new music. And when I say new music, I guess you could kind of say contemporary classical, but that doesn’t really, that’s not exactly it, either. It’s all the music that is sort of quote unquote, classical or classical based. That has been written in the last 20 to 30 years. So that’s what I consider new. I love performing world premieres. I love it when composers write music for me, because then it’s just they have my voice in mind. And I can you know, like, I can just dive right into it. It’s

ES: So who are some of the rising like for people who say, Well, wait a minute, you know, if there’s a whole genre of new classical music, who should I look for? Who should I listen for?

MM: Within New Music, there’s different genres, right?. So it kind of depends on what you like. Some of my favorite composers right now are Ayana Woods. She’s an up-and-coming black composer who’s whose voice is very badly needed in the classical industry. Ted Hearne is has been kind of cutting edge for about 10 years now. And he always has some really amazing things to say. Oh, Melissa Dunphy. She and I have collaborated on several things, including the bodice Ripper project, actually.

ES: I want to hear about bodice ripping because I mean, really, that’s really why you’re here. So you have a podcast. The Bodice Ripper Project. Let’s talk about that.

MM: It all started several years ago, when I was backstage at the opera, (waiting to go on stage) I started writing a little romance scene based on actually was based on a picture that, somebody snapped backstage, was like, Oh, that’s the perfect romance novel cover. … it was very tongue in cheek and I read it aloud backstage and everybody loved it… (The stories) are very short. It’s only as much as I can write while I’m backstage. I had all of these stories, and somebody said, you should turn this into a show. I was going to make a one woman show it was going to premiere in September 2020. And then COVID hit… The podcast came out of that it was it was sort of like, well, I’ve got all these extra stories. So I’m gonna have this time and, you know, celebrate that thing.

ES: It takes so much stamina to sing to sustain singing over time. But opera, that’s a whole other level of stamina. Like, how do you train for that? What do you do? Do you have a daily regimen for when you are, you know, in a show or have some kind of an appearance?

MM: The answer is, yes, opera singers are athletes, we really are. And we have to be able to train ourselves train our body to withstand certain amount of pressure. Lung capacity is a big thing. So you know, breathing exercises. I’m actually working with the trainer who is very focused on not just lung capacity, but oxygen efficiency within the blood. And it’s not just breathing exercises, it’s also the physical warmups, different ways of like, placing your body to max up to remind your body where all the air goes, you know, I’ll give you an example. Downward Dog, the yoga position is a really wonderful position for lung expanding lung capacity.

ES: Now, you talked about being coached, but you also do coach creatives.

MM: The main thing that I do is I help people who have ideas for performance projects, but don’t really know where to start, I help them go through that process of producing their own shows, or producing their own albums, or you know, that kind of stuff. So if you don’t have any business background, but you have an idea, I can help with that. How to balance your budget, you know, how to ask for money, that’s a big one. And how to ask people to show up to your show. And a lot of that comes down to mindset. That’s really where a coach can help. Honestly, my coach helps me with mindset. So I feel like All I can do is return the favor by paying it forward.

ES: Now you are getting back to doing live stuff. That’s exciting.

MM: I am although you know, it looks a little different. I was just asked to perform a concert version of the opera, Tosca. Very excited about that. But we will be outside in an outdoor theater. Everybody’s going to be wearing masks. That’s a new experience. Actually, what’s really funny is those masks the singers masks, you can totally be heard just fine.

ES: What do you see going forward for The Bodice Ripper Project? what type of what type of feedback Are you getting about that? What’s his like? Do you have a little cult of people who walk around with their bodices ripped?

MM: I am alternating stories that I’ve told with interviews with creatives, such as yourself. I think that it’s really important as I’m exploring this genre. You know, I as you said at the beginning, the bodice Ripper project is an exploration of sexuality of feminism and the journey to self-empowerment through the lens of romance novels. And for me, that means talking to other creatives and finding out what that creative process is like and what it is to rip your bodies metaphorically, you know, letting your true self out, let it all hang out. What does that feel like how exposed you feel? And having those kinds of conversations, I think is a part of my own journey as an artist. I’m also working on Bodice Ripper Project 2.0 live show.

ES: What is your favorite romance novel?

MM: Right now, I have to say my favorite series is Stephanie Laurens the Cynster series. I am big into historical romance. I love the Regency era stuff….And this is the the whole thing about the bodice is I love the historical trappings of repression. I think I think there’s something really interesting about that, about pulling that apart and finding and knowing that like your passion is so strong, that it can’t be contained.