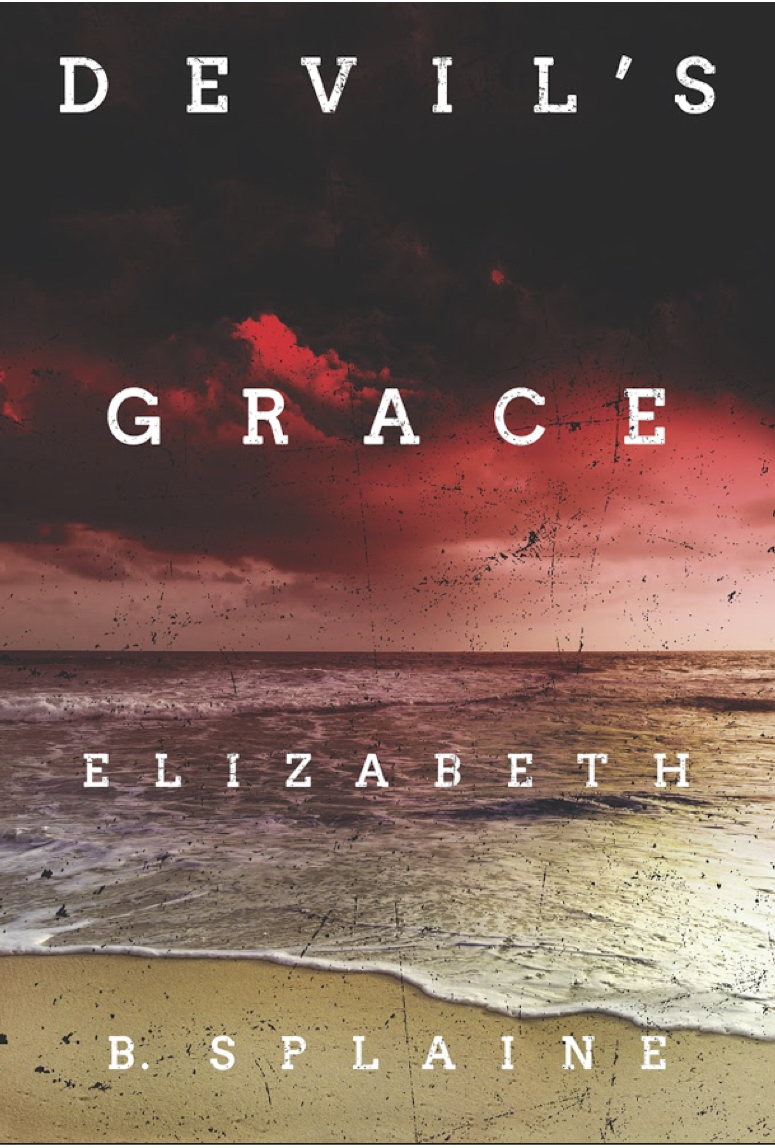 Author Elizabeth Splaine has had several lives: hospital administrator, opera singer, vocal coach, audiobook narrator and writer. As a guest on my podcast Embark, we talked about her latest novel Devil’s Grace, the healthcare system, unexplained phenomenon and the power of forgiveness. If you’re looking for a summer read, check out Devil’s Grace. In the meantime, get to know Elizabeth a little better as I pose five questions following our recorded conversation.

LS: Your book starts with an unspeakable loss. Have you experienced the profound loss of a loved one? In your research of grief, especially among those who have experienced grief recently, what did you discover?

ES: I have experienced loss, but not as suddenly as Angela does in Devil’s Grace, and certainly not to such a large extent. Through personal experience, as well as speaking with those who have lost someone, I have learned that that the five stages of grief (denial, anger, bargaining, depression, and acceptance) are very real, but are specific to each individual. There are no set timelines for each stage, nor are they necessarily linear.

I have learned from generous souls who have shared their stories of loss with me that the pain of losing a child never goes away. It is wedged into one’s soul. However, as one mother put it, at some point she became able to think of her son and smile instead of cry, and that’s when she knew she was moving forward in her grief. The pain remains, but she is now able to compartmentalize it, as opposed to her grief dictating her actions

Finally, one woman who had lost her partner told me that she was tired of people asking her how she was doing because it was too large a question. When I asked her what she’d like well-meaning people to ask her instead, she replied, “I’d like them to ask me how I’m feeling today, not in general. Perhaps how I’m feeling at that moment.” I understood her point to be that her emotions were so volatile that asking her from one moment to the next could illicit completely different responses. I’ve never forgotten that. Sadly, some people are never able to move forward, even if they live for years after the passing of someone close to them. It doesn’t make them weak or lesser, just wounded. The overarching reaction to loss needs to be empathy; it’s what makes us human.

LS: Angela, your protagonist, is a physician. How does her profession color her perceptions and actions in the story? Against what professional conventions or protocols does she rebel or disregard? How is that significant?

ES: I  have had the privilege of working with some amazing clinicians who taught me the importance of creating an emotional barrier when practicing medicine. I remember one particularly moving experience in which I was working with an oncologist who took a phone call during the meeting. After the call, which had sounded like bad news to my ears, he turned to me and said, “That call was about you. Not you, exactly, but someone just like you, a mom with kids to whom I have to give extremely bad news later today. Normally I’m fine…but when I’m faced with someone like you, who should have so much life ahead, it gets to me.” I’ve never forgotten that conversation, because I saw the human behind the physician veneer. It was heartbreaking on several levels.

Angela manages her veneer beautifully until she’s faced with her own, devastating situation. Immediately after the accident, she finds comfort in the familiar hospital surroundings and people. The familiarity offers her a false sense of control. That is, until her daughter dies. Thereafter, she struggles to maintain her emotional wall, but when she starts chatting with ghosts, all pretense falls away and she’s left with her terrifying reality. As confidence in her colleagues morphs into suspicion, she begins to see medicine from a patient’s perspective, which allows her to push for answers she might have otherwise ignored. Her family’s deaths shatter her emotional veneer and destroy her previous perceptions of her profession, her role, and her control over her life. By outing the hospital’s mistakes (and making herself a medical pariah in the process) she begins to gain perspective on what it means to be human and forgive. Through compassion she finds a freedom and a peace she’d previously not known. How ironic that a healer becomes the most compassionate only after losing everything that’s important to her. She, whose profession is dedicated to preserving life, understands the value of human life only after losing those most important to her.

LS: Your book’s synopsis states “[Angela’s] decision to choose hope over despair and kindness over cruelty tells a timeless, yet timely tale.” What was on your mind as you wrote this particular tale?

ES: I am in awe of people who lose someone close to them and choose to move forward in a positive way. In many respects it might be easier to curl up and shut out the world, but many people don’t do that. They look to the positive aspects of the bad situation and learn from it; they grow as humans. What is it in someone that allows that to happen? It is learned, or is it innate? And, as importantly, do I have that trait? Does the reader have that trait? That’s what I want my readers to ask themselves in all of my books. What would I do in that same situation? Of course, we think we’d react one way, but we really don’t know until we’re faced with the crisis. To me, writing Devil’s Grace, was a testament to what I’d hope I’d do (goodness forbid!) if I found myself in Angela’s circumstances. Devil’s Grace was released in a time when the US was very divided. The message of hope, kindness, and forgiveness is timeless, because it reaches back to the time of Christ (at the very least), and it’s timely because of this country’s division. My new personal motto after writing Devil’s Grace became “kindness: it feels good and it’s free.”

LS: It’s easy to overlook some secondary characters in novels. Many of yours stand out or take on greater significance? Was this by design or happenstance

ES: There are several reasons my secondary characters are important to me. It’s so easy to overlook the people whose jobs aren’t sexy or highly reimbursed, but without those people our lives would halt. Where would the physician be if the nurse weren’t there to give the immunizations? Where would our towns be without sewer workers, trash collectors, and street cleaners? These jobs aren’t celebrated. Heck, they’re barely acknowledged, and I think that’s a major flaw in the American way of life.

My first job out of grad school was managing a community health center. Working there I learned more about humanity in one week than I learned working for a year in a major hospital. I was humbled when I learned that a tri-lingual medical assistant (who had been a physician in the USSR) had survived the Chernobyl disaster. I was flabbergasted when I learned that a Cambodian translator had walked under cover of night for several days with her newborn strapped to her chest in an effort to escape the Khmer Rouge. Those are but two amazing stories. There were so many more. Those people are heroes, but they didn’t see it that way. They are simply grateful to be in a country where they feel safe and hold good jobs.

Amidst a sea of “what’s in it for me?” people, it’s refreshing to write (and record) grounded, humble characters because they are so real to me. These are the people who provide the foundation (and continue to build) this country. They should be celebrated. Making these characters stand out is my tiny way of highlighting their contributions.

LS: Your next novel is a historical fiction. Is it a spoiler to say it involves Adolf Hitler? Given how polarizing and shocking it can be to even bring the name up in discussion, what was the impulse to write this story?

ES: When I became involved with the Central Pennsylvania Youth Opera (CPYO), they were performing an opera called Brundibar, composed by Hans Krasa. Through working with the CPYO, I learned that the opera had been performed fifty-two times in a concentration camp called Terezín (Theresienstadt in German.) One of my voice students was in the show and she contacted a woman named Inge who had seen the show in Terezín as a child. Inge came to Pennsylvania and spoke before the final performance. As you can imagine, there was not a dry eye in the house.

I started reading books about Terezín, where well-known artists and World War I heroes were imprisoned. I became fascinated with the idea that so many artists were housed in one camp. Weekly lectures and art classes occurred amidst the torture, illness, and starvation. Verdi’s Requiem was performed many times as well, learned by heart from only one score. It was hard to fathom that such beauty could be created amidst such chaos. Those ideas, coupled with my operatic performance experience and my fascination of World War II and Hitler’s twisted psyche, led me to more research and the birth of Ursula Becker, the Jewish opera singer with whom Hitler becomes obsessed. She is loosely based on Lotte Schöne (born Charlotte Bodenstein), an Austrian opera singer of Jewish descent who emigrated to France in order to escape Hitler’s wrath (but still went into hiding when the Nazis occupied Paris.)

Additionally, I started writing Swan Song when the USA was in complete political dissent. The comparisons between what was happening in Nazi Germany and what was happening on my own television were alarming, and the book took on a larger purpose of reminding the reader how easily the world can slip into anarchy if everyone doesn’t commit to promoting democracy.