Revising A Dream When Adversity Hits: A Conversation with DIYMFA’s Gabriela Pereira 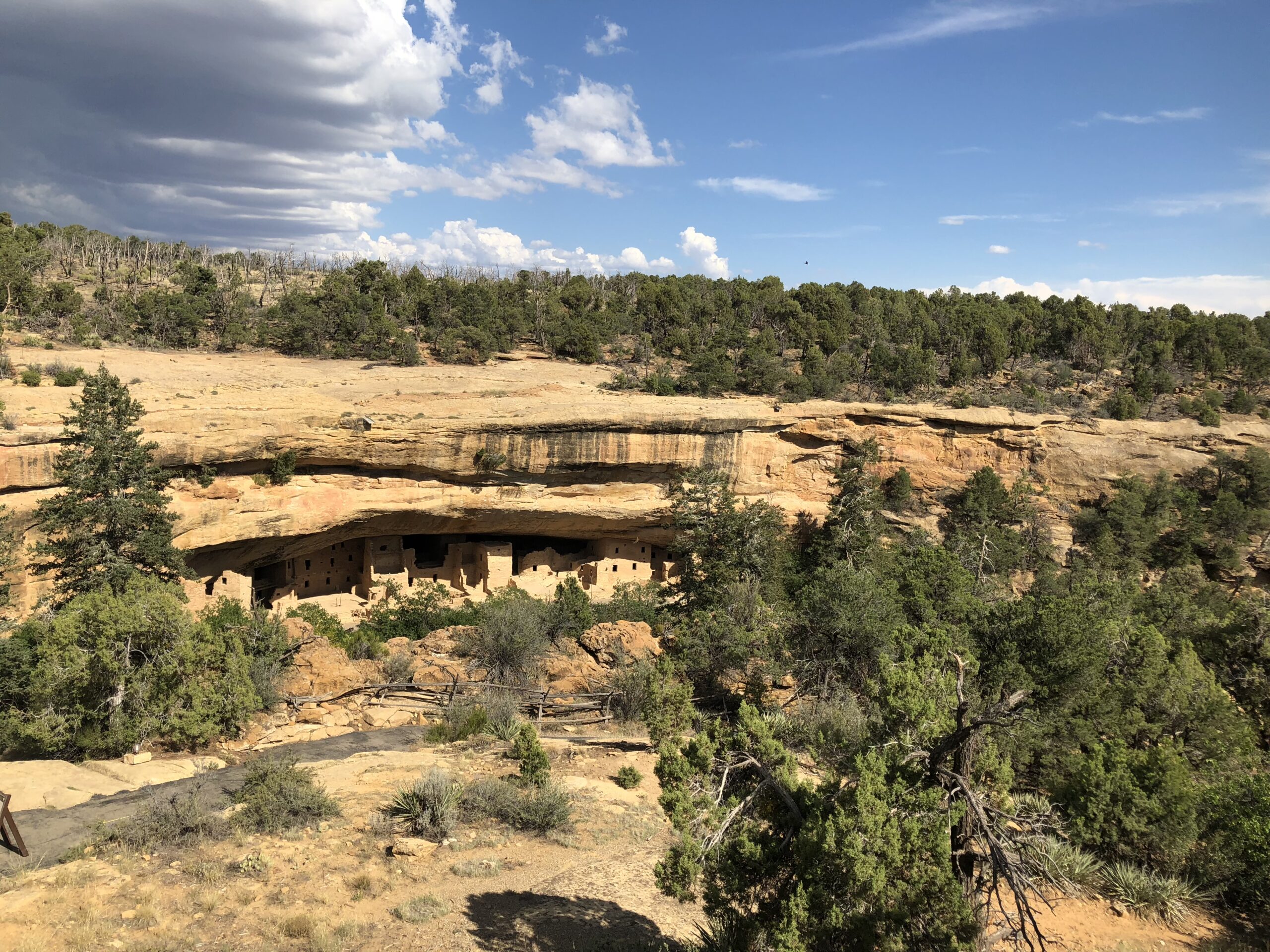 Gabriella Pereira is the founder of DIYMFA, an online writing community and a virtual alternative to the traditional MFA creative writing program. When she was 24, Gabriela received the life-changing diagnosis of bipolar disorder. Last week on my podcast Embark, she shared her story in the hope this conversation sparks more conversations about the stigma we attach to mental illness, and how we can change the language around it. The following is an excerpt of that conversation.

Liz: Welcome Gabriela, and thanks for coming out to play. We’re not specifically talking about DIYMFA, but it is part of your story. How did DIYMFA come about?

Gabriela: While DIYMFA is my passion, I had this very singular focus from when I was really young that I wanted to be a toy designer.  [In college] I was an intern at a toy company. Before I knew it, I was running entire departments [and had] 100,  120 products that I was personally responsible for, and I was like, 25 so it was exhilarating, but also terrifying.

Liz: You mentioned it took eleven years between the onset of your symptoms and a diagnosis.

Gabriela: Right around seventh grade, I started noticing weird things. I would have days at a time that I just wouldn’t sleep. And my parents were always a little confused because they didn’t see me ever doing homework. I was up all night, so I would do all of my homework, you know, from like 2am until my parents woke up, and then I’d always sneak back into bed right before they came to wake us up.  And that was how I lived for many years throughout most of middle school and high school.

Liz: How did your diagnosis affect your career in toy design?

Gabriela: Right after I got married, and I was starting to work in the toy company, I finally got a diagnosis, which is bipolar disorder, rapid cycling, with mixed states and it’s bipolar type two. We were trying to get me on the right medication. And the problem was that all of the medications that we tried had terrible side effects.  There was one drug that worked great, but it made me foggy headed. At the time I was working in this toy company, and I had to drive a car. It got to a point where I had to choose. I had to ask myself, am I willing to drive a car while being on this medication and potentially be in an accident? I would not be a safe person to have on the highway.  Another option option was, ‘Should I not be on this medication?’ [The other] option was ‘Maybe I can’t work there’.

Liz: You mentioned there were two times where you felt that your life was in danger. Tell me about that.

Gabriela: I can distinctly remember two episodes where I was not safe to be around. Imagine crosshairs, so you could be high or low on depression, or mania. The danger zone for me is when I’m both. And so yeah, that’s all of the times that I’ve had any sort of life-threatening moment has been, because I was both at the same time.

Liz: So, you have this lifelong dream and that abruptly ends. What do you do with that sense of loss?

Gabriela: It wasn’t so much a sense of loss as a sense of shame. There was a feeling of I set out to do something and I couldn’t make it happen. It’s not a mistake one of [my worst events] happened in 2008. I left the toy company at the beginning of 2007. So, it’s not surprising to me that like I spiraled at a time that was after that, having to make that difficult choice. At the end of the day, though, I’m glad I made DIY. It wouldn’t exist if I hadn’t made that choice.

Gabriela: There is the solitariness of shame, but also the stigma that comes with mental illness. And not all mental illness has the same stigma. Bipolar has a different feeling to it. And I’m not minimizing other mental illnesses by any stretch. I just did not feel like I could tell my boss because I literally thought she would think I was crazy. And that I would end up being committed.  There’s that fear people will not be able to trust anything I ever say again, because they’ll think I’m completely crazy.

Liz: There’s also a lot of hiding and compensating. Some of us can be very good actors.

Gabriela: You learn to… play the part and to present what people expect from you. Even though I was definitely not the conformist in high school and in middle school, but I conformed enough to what people wanted to see. I like to joke that if my life was a movie up for an Academy Award, I would win hands down.  There have been some Oscar-worthy performances in my life.

Liz: You lived with the secret of your diagnosis for a long time. What prompted you to publicly share it?

Gabriela: I did open up to close friends, people who were closer to me. When the 2016 election happened, I saw a lot of people…afraid that others were going to lash out at them because of who they voted for…or thought the country is going to go down the tubes. There was just a lot of fear in everybody. Anger and fear. I stepped back and looked at that. This has been the story of my life, this fear of not knowing and that interplay between what do I do. And there are people in this country now who were dealing with this for the very first time. And I was like, I need to talk to people. I need to share this story. Because if I can get through fear…to not hate that part of myself that causes me the most fear, then maybe we as a country can learn to not hate the parts of ourselves that cause us to fear.

Liz: It’s an excellent time to reach out, as so many people could use support and empathy.  We often say we want adventure, novelty, but really what we crave is consistency. The uncertainty of this time: Am I going to have a job next week? What’s going to happen with my family? Am I going to stay healthy? Will I be able to put food on the table? The fear of the unknown  and the isolation that goes along with this time has put people in a place where they would prefer not to be.

Gabriela: What you were saying about uncertainty?  That is the daily experience of someone with bipolar. I don’t know which Gabriela is gonna wake up each morning. I say that facetiously. But there are times where I really don’t know which version of me is going to show up. Obviously, I’ve done a lot of work to make it so that I am more consistent both internally and externally. But it takes took a heck of a lot of time.

Liz: What’s important to you when you feel overwhelmed or isolated?  What can you say to people who…don’t know where to turn?  What do you do when you have this dark cloud hovering over you?

Gabriela: There are two pieces to my answer. The first is more pragmatic one. If you’re in crisis, you need to reach out to someone.  Call a doctor. Call 911. The first priority is to get yourself safe. For me, the game changer in terms of the logistical management of mental illness was Dialectical Behavioral Therapy. DBT is a form of cognitive behavioral therapy but it has some meditation components and other elements woven into it.

Liz: How do we stay present for people who are struggling and sometimes alone with their thoughts? And how do we approach people who we know are compensating and need someone to break down the wall?

Gabriela: I can say what not to do. Definitely don’t do the whole ‘Oh, you can just go out for a walk or like, go help someone, do some community service.’ Community Service is great, but it is not a cure for mental illness. Another thing is changing our language around mental illness. Someone will often say to me, ‘Oh, you’re bipolar. My mom’s bipolar too’. I am not bipolar.  I have bipolar, but I am not my mental illness.  You would never say to someone, ‘Well, you’re cancerous’ if they have cancer. So, it’s something for us to pause and think about.

Liz: I heard someone say, they blessed the thing they wished had never happened. Because the good and the bad in our lives are all intertwined, make us who we are.  And the best we can do is live our lives to the best of our ability, to do the best with what we have, in the time that we have.

Gabriela: It’s interesting what you said it’s a blessing that worst thing that changed their life. When I shared [my diagnosis] I was grappling with ‘I hate this thing in my life, and yet I can’t hate it.’ Because if it hadn’t been for bipolar DIY MFA wouldn’t exist and there would not be 1000s of people who would be part of our fantastic writer’s community.

Find out more about Gabriela and her online writers program here.